The Miracles of Health Difference

Miracles of Health prioritizes offering a superior product. This is why all our full-spectrum CBD is Certiﬁed Organic and extracted organically using NES Vapor Distillation solvent-free technology. This method concentrates the hemp using heat rather than hydrocarbon solvents; there is no possibility of residual solvents in our products. Other extraction methods require a finishing step to remove these solvents. During this removal process, terpenes are also lost and we believe them to be important to the overall efficacy of our products. In a world where many distinguish themselves through cost, we deﬁne ourselves by quality. 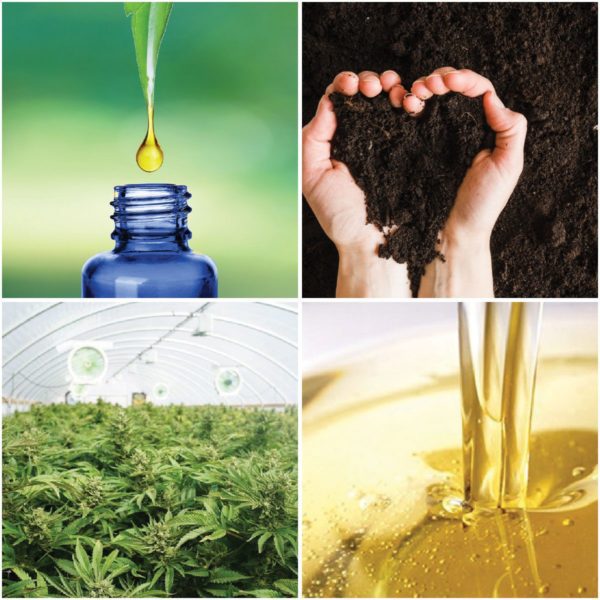 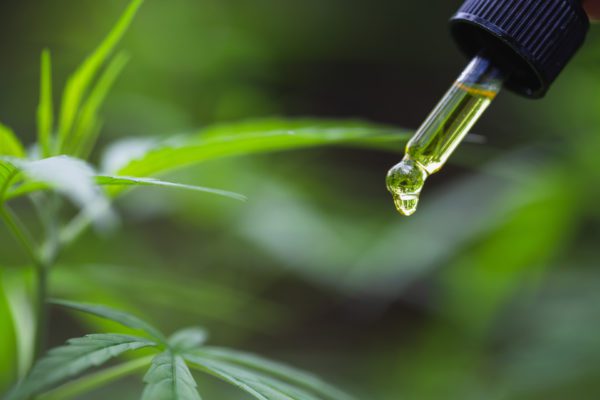 Miracles of Health Therapeutic Hemp products offer a unique and virtually limitless opportunity for growth in every area of life. Quality control and quality assurance to be our leading priority. All products are manufactured according to Good Manufacturing Practices and tested to exceed the specifications set forth by the FDA. We test, check, and verify for potency, purity, and consistency to ensure that all products are of highest quality.

From Plant to Production

Miracles of Health cares about each and every step in the cultivation and production of our full-spectrum hemp and hemp isolate products. We partner with northern Colorado hemp farmers who employ the best organic growing practices throughout the crop’s lifecycle. 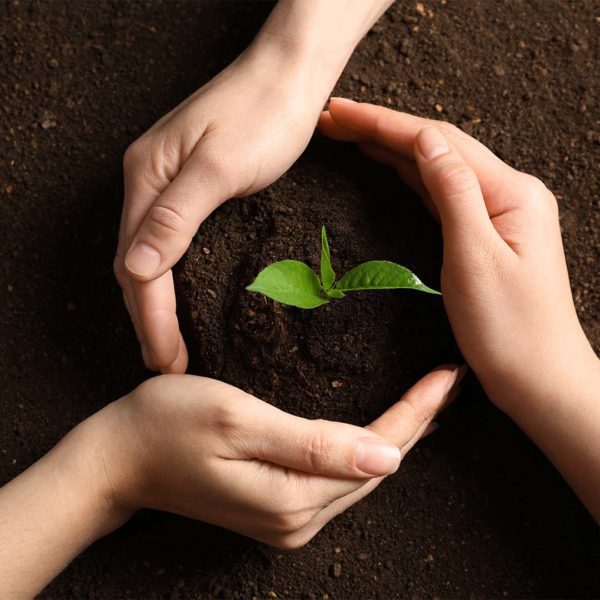 For starters, our farmers build nutrient-rich “living” soil using organic composts and natural amendments. Living soil  produces healthy harvests with minimal inputs, with more sustainable results than conventional agriculture. Our hemp is herbicide, pesticide and heavy metals-free. And by purchasing only organic cannabis, we keep toxins out of the human body and the environment that contribute to ill-health in numerous and unpredictable ways.

Our growers ensure that all plant materials meet the highest standards before and after harvest. The hemp is tested to assure appropriate cannabinoid levels, and plants are carefully harvested, dried and trimmed. The trim used for our salves and tinctures is meticulously sorted and stored before going through the supercritical vapor distillation, a solvent-free process.

The extraction process that we rely upon is the first in the world to utilize heated air and a proprietary condensation method to selectively distill and isolate the active compounds within the hemp. This solvent-free process produces the cleanest, purest, terpene-rich hemp extracts, perfect for the “entourage effect”  of our full spectrum products. This means the integrity of the cannabis plant’s beneficial cannabinoids and terpenes are maintained. Rather than relying on a single isolate like CBD, the entourage effect is the synergy of the various plant compounds working together to improve health.

Keep in mind that some full-spectrum products may contain trace amounts of THC (at or below the 0.3% national standard). However, when we describe a product as being 100% THC-free, we mean it. Be sure to check the label and review lab reports if you have any questions or concerns. 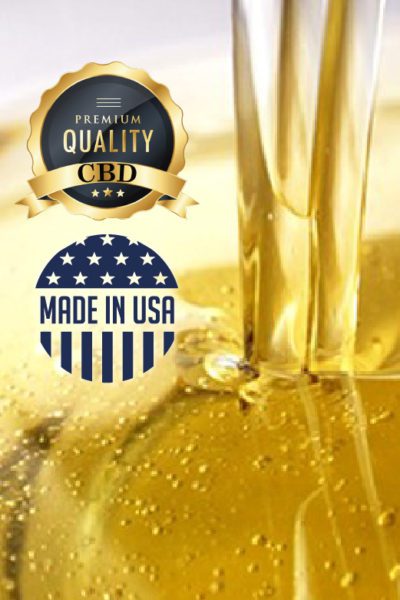 The cannabis plant has deep roots. The Chinese used it as medicine thousands of years ago. George Washington grew hemp at his home. Throughout most of U.S. history, hemp was legal and used in tinctures and extracts.

However, when cannabis was outlawed in the U.S. in 1937, medical research involving the plant virtually came to a stop. Recently, new legislation has changed the status of hemp, and people are turning back to cannabis to improve health. Studies of hemp’s medicinal properties are again underway. Of special interest are the various cannabinoids, chief among them cannabidiol (CBD).

The body can become deficient in endocannabinoids. This deficiency is being studied as an underlying cause of many unhealthy conditions. Researchers are exploring how plant cannabinoids can restore the balance.

In addition to consuming a full-spectrum, hemp/cannabinoid supplement to promote a healthy ECS, other steps can be taken to boost your endocannabinoid production.

Before a Miracles of Health Product reaches you, a sample is sent from each batch to an independent lab to validate with 100% accuracy that what’s on the label is in the bottle. The lab technician checks to ensure that potency levels will be maintained through the expiration date and then the product is passed with a Certificate of Analysis.

We will provide education so that your buying decision is an informed one. Our top priority is you and our customer service will reflect our desire to provide the smoothest buying experience possible.

From soil to oil shapes our mindful cultivation and innovative practices.

We care about each and every step, starting from the germination of seeds, to building our soil with organic compost and amendments, all the way through the whole hemp plant life cycle.

We are pesticide-free every step of the way!

CBD and the Endocannabinoid System

Benefits and common uses of CBD

Through the stresses and strains of modern living, the Endocannabinoid system can become depleted, making it less effective at bringing balance to the body. American neurologist, Dr. Ethan Russo has termed this as an Endocannabinoid deficiency, and suggests that it may be the root cause of difficult to explain illnesses such as migraines, fibromyalgia, MS, and IBS.*

The cannabidiol (CBD), found in the hemp plant, can decrease pain and inflammation. CBD is an alternative to the highly addictive opiate-based pain medications, such as Vicodin and OxyContin.

Endocannabinoids activate the part of the brain associated with feeling good.* Supplementing with a full spectrum cannabinoid product can encourage the creation of receptors and endocannabinoids.

Recent research suggest that CBD is a strong antioxidant that is more efficient than Vitamin C and Vitamin E at protecting cells from free radical damage.

The antioxidant properties in cannabinoids have been shown to benefit the heart and prevent cardiovascular disease.* Animal studies suggest that cannabis treatment may prevent a range of cardiovascular conditions, including hypertension, stroke, coronary heart disease, atherosclerosis and heart attacks.*

Cannabinoids in hemp extract are known to relieve pain, reduce anxiety and stress, and create a calming effect.* All these factors contribute to increased sleep time and quality.*

The combination effect of cannabinoids blocking pain and reducing inflammation makes hemp extract a great option for women before or during their menstrual cycle.*

CBD oil has been especially useful in for children with seizure disorders, in many cases allowing them to stop taking prescribed sedatives that cause lethargic behavior.*

There is accumulating research that cannabinoids, and CBD in particular, appear to be a therapeutic option for pain and anxiety, without the dangers of overdose and addiction. And a recent study also found that CBD may help treat symptoms that are know to trigger relapse in alcoholics and drug addicts, like anxiety, withdrawal symptoms, cravings and impulsivity.*

Cannabinoids are being studied for their positive effects on the brain. Early studies indicate that CBD boosts signaling in serotonin receptors, which can reduce anxiety and boost mood.* Other studies are finding that CBD boosts neuron production in the hippocampus, offering a promising treatment for depression. *

The endocannabinoid system connects the body with the parts of the brain that control many things, such as pain, movement, and memory. Research is currently being conducted to examine cannabinoids as a possible treatment for disorders such as Parkinsons, MS, Huntingtons, epilepsy, tremors, Alzheimers, and schizophrenia. *

How Our CBD Works

Miracles of Health full-spectrum hemp extract products offer a synergistic approach to bringing mind, body and spirit back into harmonious balance. The extract works by activating and supporting our own natural Endocannabinoid System (ECS).

Our extract is made from the highest quality, organically grown hemp.  It contains significant levels of cannabidiol (CBD), as well as vitamins, minerals, essential fatty acids, terpenes, flavonoids, and cannabinoids — a full spectrum of therapeutic compounds. These natural substances react with receptors and cellular pathways throughout the human body.

Bear in mind, hemp contains more than 80 different cannabinoids. Our whole plant extract comes from varieties of Cannabis sativa that, unlike marijuana, do not cause a “high.” While rich in non-psychoactive CBD, the plants contain only trace levels of tetrahydrocannbinol (THC) — 0.3% or less.

Scientists have also identified that endocannabinoids interact with a specific neurological network, similar to the way endorphins, serotonin, and dopamine do. Receptors are located throughout the body, but they are concentrated in the immune system and make up the largest concentration of receptors in the brain.

Small doses of cannabinoids from whole plant hemp support the ECS by signaling the body to build more receptors and make more endocannabinoids. CBD works as a switch. It also seems to inhibit the breakdown of our own naturally occurring endocannabinoids. By supplementing with high quality hemp extract, we help bring the body back into balance.

The Endocannabinoid System (ECS) is a unique chemical messaging system active throughout the brain and body that affects many important functions.

Understanding the ECS is critical if we are to more effectively manage human health, especially chronic, debilitating diseases for which there are no orthodox cures. Some researchers suggest that when properly activated, the ECS may help suppress certain disease processes.

Evidence suggests that the ECS may even be involved in generating subtle-but-therapeutic shifts in the ways we perceive the world, relate to our internal landscape, think and feel about ourselves, and interact with each other. A healthy ECS increases our ability to be open to new perspectives and experiences.

Endocannabinoids are chemical compounds that our bodies make naturally to activate the receptors within the ECS. When the body is stressed, endocannabinoids go to work to fix the problem.

Cannabinoids are chemical compounds originating outside the body. There are more than 100 known cannabinoids, including cannabidiol (CBD), found in the hemp plant (Cannabis sativa).

Understanding Endocannabinoid Deficiency
Through the stresses and strains of modern living, the endocannabinoid system can become depleted, impacting its role of bringing balance to the body.

American neurologist Dr. Ethan Russo has termed this “endocannabinoid deficiency,” suggesting that it lies at the root of many difficult-to-explain illnesses such as fibromyalgia, multiple sclerosis, irritable bowel syndrome, and even migraines.

According to Dr Russo, “If you don’t have enough endocannabinoids, you have pain where there shouldn’t be pain.”

Pets are a source of joy for many households. If you[...]

Cannabidiol, popularly known as CBD, is the second most abundant component[...]

In the 21st century, humans have adopted a significantly different lifestyle[...]

The Many Benefits of CBD to Your Everyday Health & Wellness

We have always embraced remedies that come to use from nature.[...]

Find CBD Bath Bombs for Sale for Your Daily Regimen

CBD products are becoming increasingly popular and can be found in[...]

Where to buy CBD in Colorado?

Colorado is home to 53 mountains that boast heights of over[...]